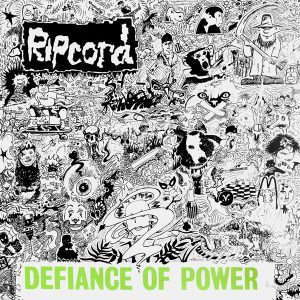 I blame Marvin and Autonomy Records. It’s his bloody fault, all of it. See, I’d probably have been happy just being a thrasher and crossover obsessed idiot who occasionally dipped his toes into the maelstrom of HC if I hadn’t discovered Marvin’s basement store that specialised in Punk and Hardcore. He turned me on to so many great records, incredible bands and zines and in doing so sent me on the path that I’d continue traveling for the rest (well, up to now anyways) of my life. And one of the first bands that he turned me on to were Ripcord, a fast as hell Hardcore band from Bristol, who were, and remain to this day, one of the late eighties UKHC scene’s Holy (or Unholy depending on your point of view)  Triumvirate*.  From the moment Marvin handed their first album to me, Defiance of Power became a staple part of my musical diet. Like Discharge colliding head on with the fast, almost crossover sound of USHC bands like Life Sentence and D.R.I., Buzby’s Cal-centric vocals led a frantic, energised musical charge that hammered home their socially and politically aware lyrics. I can’t even begin to attempt to explain how much this record meant to me and I’ve lost count of the number of times that I’ve put it on and just let the rest of the world fade away to nothing while I absorbed the anger, energy and power that blasted out of its grooves.  And almost three decades after it first appeared, Boss Tuneage and Break The Connection have teamed up to re-release it, and this digitally remastered version of it sounds better than it ever did. Sure, there’s something to be said for crackly old vinyl, but this is the way that the band always meant Defiance to sound. Like it wants to tear your face off, do unspeakable things to you while you’re tied up in a locked room and batter what’s left of you to death. 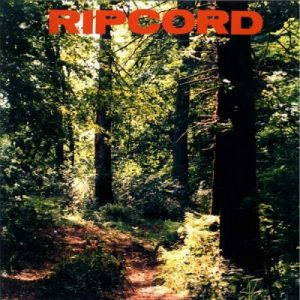 While I loved, and still love, Defiance of Power, Ripcord’s finest moment is undoubtedly Poetic Justice, the album where, for the band, everything finally came together.  With Buzby having been replaced by Steve, Ripcord’s sound drifted ever closer to the USHC they loved, and they sounded better for it. Tighter, more focused and even more powerful, with songs that blew you away at a thousand paces, this was everything that made Hardcore special. Intelligent, fast songs that subsided on a diet of fury and were laden with catchy (yes, that’s right catchy) tunes that wormed their way into your head and refuse to leave, Poetic Justice remains one of the highlights of the eighties UKHC scene, and thanks to receiving the same sort of remastering job as its predecessor, has also been transformed into the hulking Hardcore behemoth it was always meant to be.

Both reissues come with a glut of previously unavailable extra tracks, live shows, rehearsals and more and are completed by  fantastic looking, detailed and extensive sleeve notes, courtesy of Welly Artcore, in which the band discuss each of the records and the history surrounding them. You don’t want these records, you NEED them.  It’s that simple.   Tim Cundle

*In case you were wondering, the other two bands in that triumvirate were Heresy and Cowboy Killers.