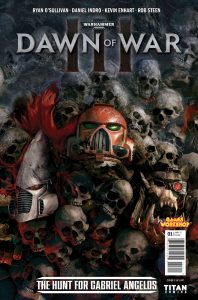 In celebration of the upcoming and highly anticipated Dawn of War III real-time strategy game, Titan Comics and Games Workshop join forces to deliver a brand-new four issue comic mini-series in April 2017. Titan’s brand-new Dawn of War III comic mini-series comes hot on the heels of the phenomenal Warhammer 40,000: Will of Iron ongoing series, which launched earlier this year.

Written by Ryan O’Sullivan (Eisenhorn: Xenos, Turncoat) and illustrated by Daniel Indro (Vikings: Uprising, Doctor Who), the Dawn of War III mini-series will tie-in to the colossal Dawn of War real-time-strategy games, produced by Relic Entertainment with Sega and Games Workshop, in which players command armies of the Space Marines, Orks, and the Eldar to dominate the battlefield! 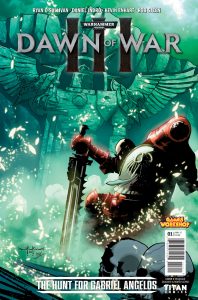 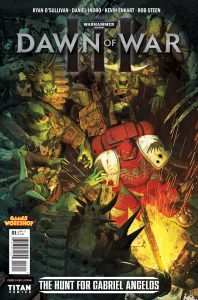 Titan’s Dawn of War III comic series tells an all-new tale in parallel to that of the video game story, which sees three factions – the Blood Ravens Space Marines, the Eldar, and a fearsome Ork horde – converging on a planet where a weapon of devastating power has been unearthed.