Warning: preg_match() expects parameter 2 to be string, object given in /var/www/vip4/sites/vip6102689/httpd/htdocs/wp-includes/formatting.php on line 4866
 PARADISE LOST REVEAL LYRIC VIDEO FOR ‘NO HOPE IN SIGHT' - Mass Movement
x
Spread the love 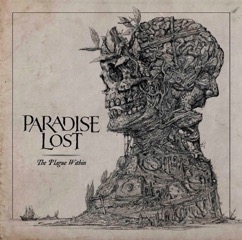 Returning with opus number fourteen “The Plague Within” (released June 1st, 2015), PARADISE LOST are once again refining the chemical equation to their sonic alchemy with the kind of creative invincibility few can afford. It’s a collection of songs that will surprise even the most seasoned of fans in its ambition: a monochrome miasma of morbidly uplifting anthems and heart-aching melancholia.
In anticipation of this release, the band have revealed the new lyric video for the track “No Hope In Sight” which can be seen HERE.
PARADISE LOST comments: “Check out the first track from our new album “The Plague Within”. “No Hope In Sight” was one of the first tracks we wrote and it reflects a blend of styles. From death metal to gothic to classic rock. It’s like all eras of PL wrapped up into one track. We hope you all like it!”