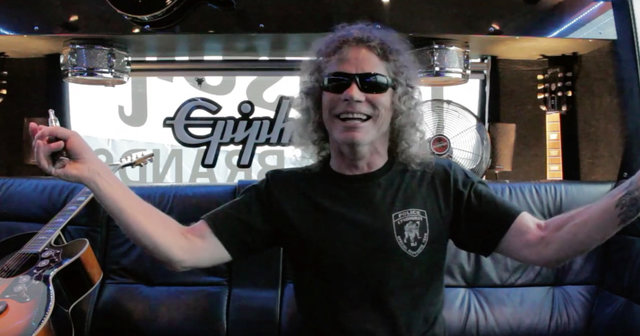 WATCH AN INTERVIEW WITH FRONTMAN BOBBY ‘BLITZ’ ELLSWORTH ABOUT THE RELEASE

Overkill’s first worldwide Nuclear Blast release, their new box set Historikill: 1995 – 2007, is out now and includes eleven Overkill albums across 13 CDs plus an extra bonus CD (incl. demos, remixes and an unreleased cover song) all in digi sleeves. We spoke to frontman Bobby ‘Blitz’ Ellsworth about the incredible collection and that video interview is now online:

The box includes the following albums:
Wrecking Your Neck
The Killing Kind
From The Underground And Below
Necroshine
Coverkill
Bloodletting
Hello From The Gutter
Wrecking Everything
Killbox 13
ReliXIV
Immortalis

Bobby also spoke to us about why the band decided to cover the Johnny Cash classic ‘Man In Black’. Get the low down on how he thinks bassist D.D. Verni is the ‘New Jersey Willie Nelson’ over on YouTube:

ORDER ‘HISTORIKILL: 1995 – 2007’: http://bit.ly/HistorikillBoxSet
Overkill will be back on UK soil next April when they set out on their ‘Killfest’ tour. You can see the ‘Wrecking Crew’ live in the following cities: