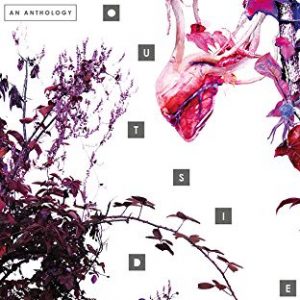 Literature, in all of its forms, should invoke an immediate and visceral reaction in the reader and make its presence felt by stamping an indelible mark upon its audiences psyche. Which is exactly what Outside does. A collection of strange, weird and bizarre four colour tales that has one foot firmly wedged in the horrific while the other skates crazily around in the ethereal and esoteric, it’s the pulp fiction equivalent of consuming peyote in a sweat lodge while the desert sun beats down on your cracked and feverish imagination. It snakes its way inside your brain from the off, as Joe Lansdale and Daniele Serra’s The Boy Who Became Invisible hits you with a devastating gut-punch, and will, if you’ve ever been in a similar situation to protagonist Jesse, quite literally break your heart and if you listen closely enough, between the sound of your tears crashing on the floor like a waterfall, you’ll hear the fragments of your soul shatter like brittle china. And that’s just for starters.

Sandwiched between John Shirley and Gabriel S Moses Solid, a story of reluctant murder, curious suicide and the allure of life that feels like the ghost of Edgar Alan Poe writing Calvin and Hobbes and Lavie Tidhar and Sarah Anne Langton’s New Swabia,the staggeringly disquieting pop collage story of one families struggle against itself in the Antarctic Fourth Reich, is a collection of fables designed to assault every single one of your senses and leaves each and every one in shreds and tatters. Body horror, taboo yearnings and fulfilment and magical conspiracies, insatiable desire, base instinct and the darkest depths of fetid imagination are all explored and visited in the pages of Outside, the book that by pushing the limits and boundaries of its chosen format makes you re-examine everything that you thought you knew about literary and four colour horror. Welcome to the new world… Tim Cundle