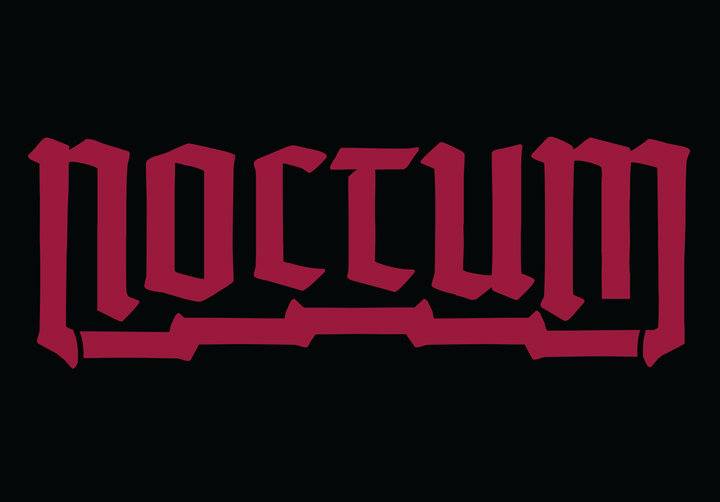 Recently having completed a European tour alongside Steelwing, Swedish metallers Noctum were able to send bassist Tobias along for a chat.
Words: Mark Freebase

MM: How would you describe the band to any new ears?
Tobias: Heavy doom metal.

MM: So what is going to separate Noctum from the rest of the ‘pack’ – how will you achieve recognition?
Tobias: Hard work and great music, that’s what matters in the long run for us.

MM: What prompted the new 7″ vinyl ‘Until Then… Until The End’?   I mean why a 7″, why not a straight album?
Tobias: We always wanted to release a 7″, even before we got our first record deal. But right now we had to release something new because we know the album wont be out for a while and we wanted to tour so, here we are. 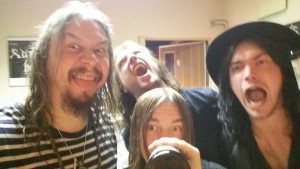 MM: Vinyl seems to be making a very strong comeback now, was this part of the decision? And why do you think this format is appealing once again?
Tobias: The vinyl ‘boom’ has been here for a few years now, and our desire to release on vinyl goes way back to our childhood. I’m glad it’s making its way back because it’s so much better than anything else. You get the whole package with the cover artwork, perhaps a gatefold, inlay card everything.  Since I think the artwork / layout etc is equally important as the music I’m really glad that I’m able to do music that ends up on a vinyl record.

MM: You have a new guitarist… would you like to introduce us to him? How did this change come about?
Tobias: Daniel left for personal reasons almost two years ago and I’ve known Christoffer for over 10 years and we have a band called BLADE together so it was an obvious choice to include him since I’ve been writing music with him for over 4 years. Also me, David and Christoffer went to the same high school as well.

MM: So how is he settling in, and what is he contributing to the band?
Tobias: High-energy rock and great riffs! 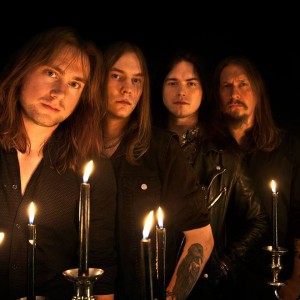 MM: The artwork for ‘Until Then… Until The End’ is pretty macabre, was it designed around the title track of the 7″ or was it just a good image?
Tobias: Just a good image, no story what so ever, but it does look awesome, doesn’t it?

MM: Is the whole image / package of the band a big issue of importance for Noctum?
Tobias: Yes. As I’ve mentioned earlier, the visual aspects of a band is as important as the music itself. So, the answer would most definitely be yes.

MM: When can we expect the next album then? What is it to be called? What can you tell us about it please?’
Tobias: The next album will probably be released fall 2016, but who knows? There is no firm title yet and I can’t tell you much about it. All I know is that people who are expecting a ‘Final Sacrifice’ 2 will be disappointed. For us there is no satisfaction repeating ourselves and I dare to say that our next album will probably be the most important milestone of our “career”…

The vinyl 7” ’Until Then… Until The End’ is available through Metal Blade Records.