Warning: preg_match() expects parameter 2 to be string, object given in /var/www/vip4/sites/vip6102689/httpd/htdocs/wp-includes/formatting.php on line 4866
 My Life In Music... Ginge Knievel (The Sick Livers) - Mass Movement
x
Spread the love 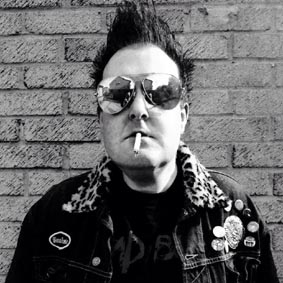 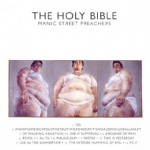 The Manic Street Preachers – The Holy Bible
Out with spray-on white denim and leopard print, and in with camouflage and sailor suits. An album which truly defined my teenage years. I recall sitting in my bedroom at 15, studying the lyrics, absorbing the crass musical backdrop, and marvelling at the quotes, sloganeering and artwork. It would take another 20 years before I received a bipolar diagnosis, but maybe that’s why this album rang so close to my heart then, and even more so now. A difficult listen but an oh-so crucial album from the band that were my Clash when growing up. 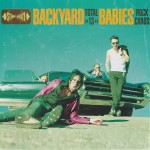 Backyard Babies – Total 13
In the midst of daily drug fuelled chaos whilst living in Newport came the all killer / no filler opus from Sweden’s sleazest, the Backyard Babies. A no-nonsense trash fuelled 100mph rock ‘n’ roll record that rarely left my CD player, and accompanied my party lifestyle perfectly. This album turned me onto the glam punk of Hanoi Rocks and more, and is still one of my favourite records to this day. 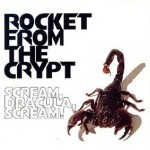 Rocket From The Crypt – Scream Dracula, Scream
The album that introduced me to the legendary TJs in Newport. You see, this record (well, tape for me) came out so VJ Knievil and I rushed to buy it, and then the tour was announced which took in said venue via the Cheap Sweaty Fun nights. My life at that point changed. I wanted to be Speedo! My next band needed quiffs and a horn section! A hell of a rock ‘n’ roll album and all recorded on a 4 track (if you believe the liner notes). 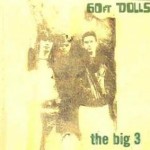 60ft Dolls – The Big 3
My coming of age musical years occurred right slap-bang in the middle of Britpop. 60ft Dolls felt like the outsiders of that movement, but for three guys who lived “just up the road” they gave a gutsy punky debut which, in my opinion, was rarely bettered by their contemporaries of the day (move aside Stereophonics). They also packed a powerful live punch for a three piece and I lost count how many times I caught them. This album is about to get a re-issue with bonus tracks. I’ll be all over that! 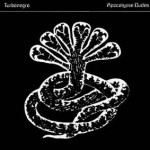 Turbonegro – Apocalypse Dudes
It took me until the Burning Heart reissue in 2003 to cotton on to Death Punk. Shame on me! I was getting myself well and getting back out to gigs; Hank Von Helvete was getting himself well and Turbonegro were getting back to gigging again. Bingo! Euroboy’s guitar work on this glam punk rock ‘n’ roll rollercoaster of an album is outstanding and there’s not one duff track. I wanna “Get It On” every time this album is on. 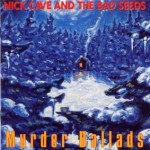 Nick Cave & The Bad Seeds – Murder Ballads
My introduction to all things Nick Cave came courtesy of heavy MTV rotation with the duets from Kylie Minogue and PJ Harvey. I bought this album not long after release from The Jungle in Bridgend and immediately fell in love with The Bad Seeds. In turn, it forced my hand to trawl through their back catalogue to The Birthday Party days, and also follow their career with aplomb to this day. “Stagger Lee” is the stand-out track for me and maybe, just maybe, I’ll get to be Nick Cave when I grow up! 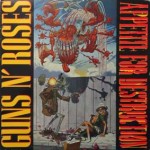 Guns N’ Roses – Appetite For Destruction
I quickly dismissed Bon Jovi’s “Slippery When Wet” as my first real rock record on hearing this as a primary school delinquent. This album followed me throughout my school years, so much so that grunge happened and I didn’t blink much of an eye. I was too busy living out the dangerous, sleazy, OTT pomp that early GNR offered. It still holds up to this day, even with the overplayed smash hits. An essential record to my being. The only LP which overtook this from constant rotation was “Generation Terrorists” by Manic Street Preachers. 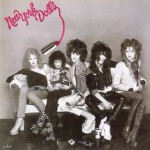 New York Dolls – New York Dolls
The aforementioned glam, danger and pomp can all be traced back to the New York Dolls, and that’s what makes this proto-punk album so important to me. I mean, just look at that cover. Phwoar! There’s plenty of punch, swagger and fuck you attitude dripping through all the tracks. Thanks to the Dolls, I also found out about a ton of fantastic 1960s girl groups, and The Shangri-Las in particular. “When I say I’m in love…” 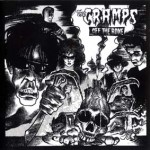 The Cramps – …Off the Bone
Unsure if compilation albums are allowed here, but what the hell. Yeah, I’d heard the (then considered) primal Sun Records rock ‘n’ roll records from Elvis Presley and Johnny Cash in my Nan’s kitchen, but it was nothing like this! My first ever record purchase from Newport’s Diverse Records when I was aboard the “Drug Train.” Important to me as it made me investigate a whole load of garage bands from the 60s and 70s, as well as delving into rockabilly, and it opened my eyes to some beautiful trash. 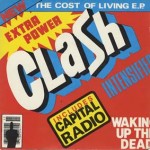 The Clash – The Cost of Living EP
Time to break the rules again, that’s what they’re there for, right? If the last one was a compilation, time for an EP. And what a mighty fine one it is. I remember picking this up in an old record shop in the early 90s and from the songs to the packaging, everything fell into place. Still beautiful to hold and I love the 4 tracks that adorn this 7″. Aside from the Levi’s TV ad using “Should I Stay Or Should I Go,” this was my first proper Clash outing and acted as a gateway into a load of awesome punk albums from the late 70s up until this very day. 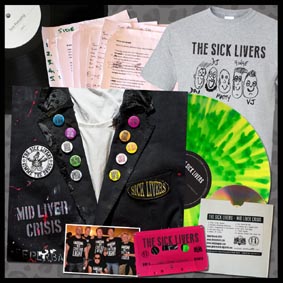 Keep up to date with The Sick Livers:
http://www.thesicklivers.com
http://www.facebook.com/TheSickLivers