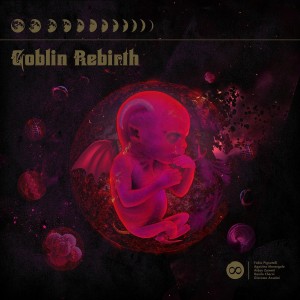 Goblin Rebirth – Goblin Rebirth (Relapse)
Goblin’s mantra always seemed – to me at least- to be that music was far more than just something to listen to. It was meant to be experienced, supposed to be felt in the darkest and narrowest confines of your soul; and their records did exactly that, tunnelling their way into your mind, ensuring that once you’d felt their power, you’d never forget them. Goblin Rebirth channels that same original spirit through each of its eight tracks, guiding you on a journey through unknown dreamscapes and forays into the imagination. It washes over you, embracing you in its multiple musical tendrils. Dwelling somewhere in the ethereal plane that exists between, and around, prog, rock and metal, Goblin Rebirth have crafted a cerebral soundtrack that negates time, space and physicality, allowing the listener to exist solely within their own psyche while the music folds, and compresses, the universe around you. Incredible… Tim Mass Movement