This is a list of ten albums that totally rocked my world, and completely shifted my paradigm about music and my instrument. There are tons of albums I draw influence from, but these are the ones that made me say “Woah, I didn’t know you could do that!”

Plini – The End of Everything I had heard of Plini in passing because his records would chart on bandcamp with ours, but I didn’t pay any attention or listen to him until he released this one. It kept showing up in my news feed on Facebook, so I felt obligated to check it out. I kid you not, it took about five seconds into the first song for Plini to become my new favourite guitar player. He is so incredibly expressive and boundary breaking in every way. Listening to him really opened my eyes to what the possibilities are when you’re a musician.

SikTh – The Trees Are Dead And Dried Out, Wait For Something Wild A good friend of mine, Ian, who had played in many iterations of the same band with me got me onto SikTh (and several other of my now favourite bands). Getting to know this album was like having someone open my head and kick me in the brain. Pin and Dan re-shaped the way I play the guitar and opened my eyes to new ways of creating melody and rhythm that I would never have thought of myself.

Protest the Hero – Kezia Another band that Ian introduced me to. PTH inspired me to work and practice harder than I ever have. I found their song structures so inspiring and refreshing, and they restored my faith in the concept album. I couldn’t believe at the time that these guys were my age (I was 20), and it was incredibly motivating for me.

The Tragically Hip – Music At Work This was one of the first albums I ever bought. It was a year or so before I even started to really play the guitar, but I would sit there with my dad’s old beater acoustic and try to figure out the melodies. My family had always listened to The Hip, but this album was the first one that was “mine”, and a drew massive inspiration from it, and it helped get me jumpstarted into rock guitar.

Dream Theater – Scenes From A Memory I know I know, it’s everyone’s favourite DT album. But it was also one of the first that I listened to of theirs, and the reason I bought it was because my sister had gotten me the tablature book for my birthday on a recommendation from someone at a music store in Montreal. I learned the bejesus out of those songs, and this album became the gateway into my obsession with concept albums and playing fast and hard.

Periphery – Periphery I’m one of those nerds who’d been following Bulb’s soundclick for a while and keeping up with him on ss.org and Facebook, so I was extra excited when this album finally came. At the time, it was the pinnacle of what my ears were yearning for: fast, emotional, heavy, and epic. It was the album I wished I had made myself. It was also the album that convinced me to pick up a 7 string guitar, after seeing just how creative the guys in Periphery were getting with that extra range. Prior to this I’d always thought “why would I buy a 7 string just to learn some Dream Theater songs”, but after seeing what Periphery could do I started to prefer the 7 string, and now most Tactus material is on 7.

Textures – Silhouettes This album just makes me incredibly happy to listen to from start to finish. Textures are always great, but this particular album has that magical/mystical je ne sais quoi that speaks to me on a different level. The grooves and rhythms they use shifted gears for me when I was feeling stuck in a rut of just playing the same note groupings and breakdowns. I still put it on to this day for inspiration, and I borrow heavily from it when I’m writing.

System of a Down – Steal This Album! I actually bought the tab book for this album because I was so fascinated with their melodies and their rhythms. I hadn’t at the time listened to many bands who made use of quick 16th note chugs and double bass, so learning to play these songs was my first introduction into fast playing. It also just has some incredible vocal and guitar melodies that still chill me to the bone.

The Dillinger Escape Plan – Miss Machine  This one doesn’t need much explanation beyond that this was the first album of theirs I listened to, and so of course it just destroyed my brain and got me thinking about music in new ways. DEP are one of my favourite bands, but strangely enough I only really listen to them if I need to calm down. I’ve never been able to learn any of their songs, but the incredible complexity and intricacy bring me serenity by way of giving me plenty to listen to and think about. Always takes me mind off of my stress or anxiety.

Incubus – Morning View This was first Incubus album I ever bought, and I purchased it on a whim after listening to the first track at a record store. Incubus grew into one of my favourite bands of all time very quickly, and I learned many of their albums start to finish on guitar. I find something just beautiful and unique about Mike Einziger’s playing that I’ve never been able to replicate, but he has always inspired me to try new things and stretch my fingers further than I should. 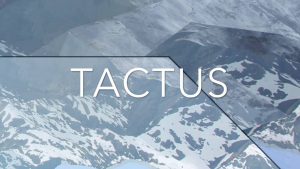