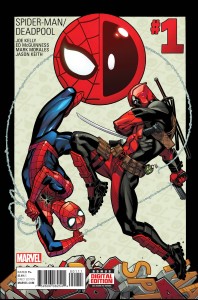 Two great tastes that taste great together! Now starring together in their own ongoing series! Today, Marvel is pleased to present your new look inside SPIDER-MAN/DEADPOOL #1 – wallcrawling, wisecracking and bad guy stabbing into your hearts this January! Blockbuster creators and legendary Deadpool creative team of Joe Kelly and Ed McGuinness reunite once more to chronicle the ongoing adventures of Peter Parker and Wade Wilson! Deadpool LOVES Spider-Man. Spider-Man HATES Deadpool. What could go wrong? More importantly – what on Earth could bring these two together for a titanic team-up in the mighty Marvel manner? Find out this January as the World’s Greatest Super Hero and the star of the World’s Greatest Comic Magazine collide in SPIDER-MAN/DEADPOOL #1! 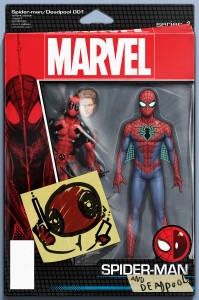