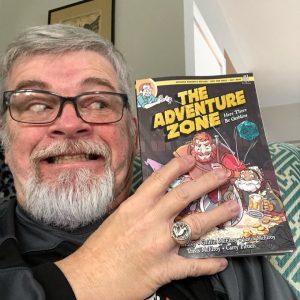 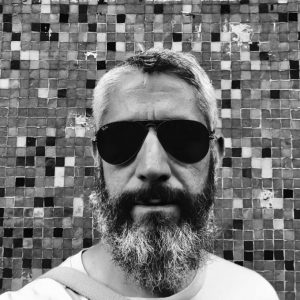 Acclaimed cartoonist Matt Kindt is launching his first ever Kickstarter project to independently finance an unusual and historic project: an all new, stand-alone MIND MGMT comic book by Kindt and a read-along 7″ vinyl record by Kindt and Clint McElroy. For 20 years, Kindt has been writing and illustrating creator-owned comic books and graphic novels like MIND MGMT, Dept H., Ether, Revolver, 3 Story, Super Spy, 2 Sisters, and Pistolwhip and he’s once again experimenting with comic book storytelling to create the first ever read-along comic book and vinyl record for adults. And, just like MIND MGMT — Kindt’s globe-trotting mystery series about espionage, super spies, and psychic abilities —  there’s a twist.

“I grew up loving read-along book and records like Planets of the Apes and Pete’s Dragon and I’ve always wanted to experiment with this format to tell a comic book story in a new and unique way,” said Kindt. “Rather than simply having a comic that illustrates the audio, the comic book story will subvert the audio that you’re hearing and the images will work completely differently when viewed while listening to the record.”

In MIND MGMT, a former secret agent, the mysterious Henry Lyme, has gone rogue and is working to dismantle the organization he once worked for. There’s a mysterious airline flight and a secret government agency of super spies. This story spans from the 1920’s to the present day—and things get weird.

“I’m launching this project on Kickstarter because it’s an experiment,” said Kindt. “Dark Horse Comics has been–and will continue to be–a terrific publisher for MIND MGMT, but they don’t make records and the read-along experience is essential to the story we’re telling. If you’ve never read MIND MGMT, don’t worry. This story is very much designed to be a stand alone reading (and listening) experience. And if you’re a fan of the series already, you’ll definitely find some easter eggs.”

The new MIND MGMT comic book is a full color, 24 page comic with a gatefold in the back that will hold the record in place. The MIND MGMT 7″ 33 1/3 RPM record will be pressed by United Record Pressing, the company which printed the Beatles’ first 7″.

Joining Kindt is Clint McElroy, a voice actor and the writer of comic books including King of the USA and co-writer of The Adventure Zone: Here There Be Gerblins, who does all the voice acting for the audio track. Kindt and McElroy will be donating 10% of the profits to the Hispanic Federation, the nation’s premier Latino nonprofit membership organization which is aiding Puerto Rico recover from Hurricane Irma. Founded in 1990, Hispanic Federation seeks to support Hispanic families and strengthen Latino institutions through work in the areas of education, health, immigration, civic engagement, economic empowerment, and the environment.

“As the planet’s biggest Matt Kindt fan, I was tickled to participate in this project” said McElroy. “To become part of the MIND MGMT mythos is a major watermark on my life. It’s also a little terrifying. But I can handle it.”

If funded through Kickstarter, pledges will be delivered to backers this fall. The MIND MGMT Kickstarter campaign is live as of July 10th and runs for 30 days.