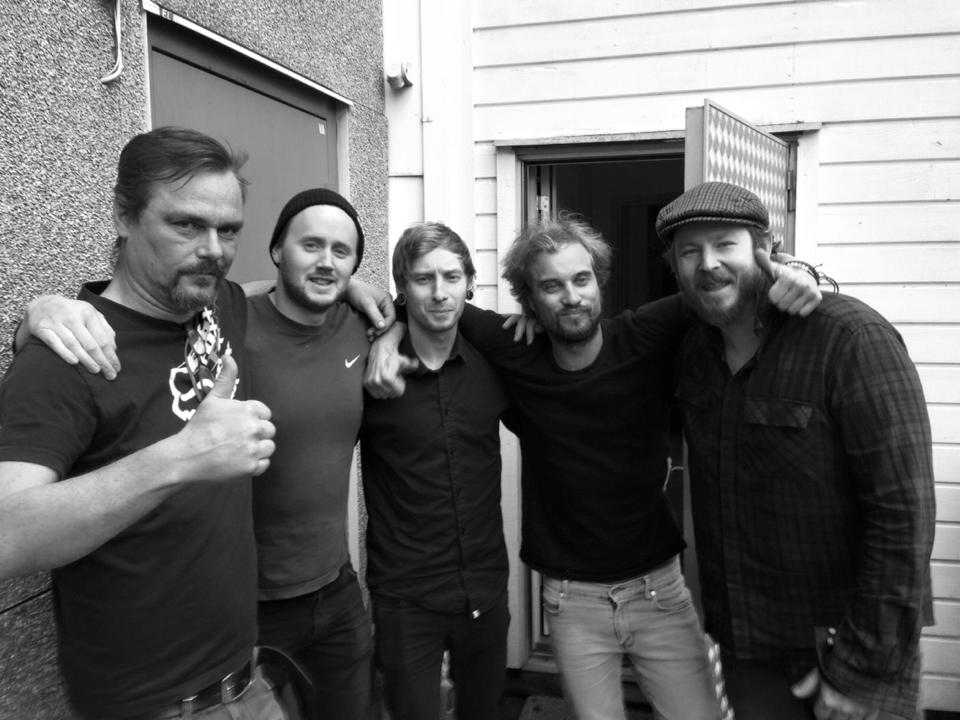 …and who says you should always sing in English? Vocalist Christopher Iversen gives us the low down as the Norwegian noise-mongers unveil their new release ‘Av Nag’.
Words: Mark Freebase
Pictures:

Christopher: Hello to you Mark, and Mass Movement!

MM: Hi there Christopher, thanks for your time. So firstly what would you like to mention about Man The Machetes for those who may not of heard the name before…?
Christopher: Man The Machetes is a Norwegian balls-to-the-floor rock n’ roll band providing the soundtrack for every rebellion out there since 2010. We write our music just like we train our dogs: Loud, aggressive and violent. Throw in a pinch of melodies and fast-paced catchiness, that’s us.

MM: I suppose the primary point to address is the fact that you don’t use English; is this a conscious decision or just the way the band has evolved?
Christopher: Using Norwegian instead of English was more or less a conscious decision by us from the very beginning. We didn’t exactly discuss this issue back and forth, elaborating on advantages and disadvantages etc., but instead we just decided to do what felt natural. At one point we tried to write lyrics in English, but it felt a bit weird to us [laughs]

MM: Does this increase the intensity in the music or create barriers?
Christopher: We are content with the fact that not singing in English might create barriers between an international audience and us… On the other hand, we also believe that it might provide an advantage – who doesn’t like an exotic twist every now and then? A few years ago, a girl from the UK told me that Norwegian sounds like English spoken backwards. That sounds pretty harsh and intense to me.

MM: What is the important subject matter in the lyrics that you address?
Christopher: The lyrics deal with various topics about external and personal issues. You could say that all of them have one thing in common: The imperfections of being human and the flaws of humanity in general. As for our new album, Av Nag, the lyrics deal with stuff like destructive thinking, substance abuse, narcissism, conformism, existentialism etc. Lots of -isms all over the place! 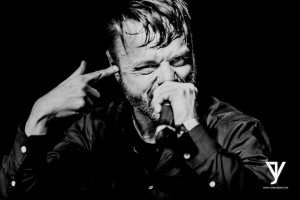 MM: So is getting your point across important then – due to the language barrier for a lot of people?
Christopher: I believe the most important thing for us is to get the sum of our music across to the listeners, whether they are domestic or international. If some individuals out there sit down and read/analyse/translate the lyrics, well, then I’m flattered – but getting the totality of the music across is our primary goal.

MM: What can you tell us about you guys as individuals, and what drives you to do Man The Machetes?
Christopher: We are five individuals who are not content with the daily grind from nine till five. Since we all love music, we have found a common ground where we can let go of boredom, frustrations, anger and create something we’re passionate about instead. Man the Machetes is the arena where we mould positive and negative emotions together and infuse them with asskickery and music.

MM:’Av Nag’ – what does it mean?
Christopher: Of Resent / Of Grudge. Writing this album has been, at certain points, a frustrating process. There have been personal battles for some band members and struggles for the band as a whole, so we drew inspiration from this. When the times were at their shittiest, it felt like we were writing many of the songs out of grudge.

MM:…and how does the artwork connect with it?
Christopher: We wanted the artwork to be a continuation of that from our first album, «Idiokrati». The girl has now wandered out of the city in into a vast, desolate desert, scavenging crashed airplanes etc. We wanted the «desert-feel» merely because we felt would look great, and we are very very satisfied with the results. However, I’ve heard some interpretations of the artwork: the crashed airplane in the desert being a metaphor for feeling broken and alienated etc… interesting!

MM: What bands do you see Man The Machetes compared with, and why do think this?
Christopher: Cancer Bats, because of the heaviness and the vocals. Kvelertak, due to focus on cool riff and Norwegian vocals. Blood Command, because of our melodic nature. Shai Hulud, because…uhm, we don’t know [laughs]. We’ve been compared to many bands, but I don’t remember all of them unfortunately. The comparison with Shai Hulud (sic?) is a bit hilarious. 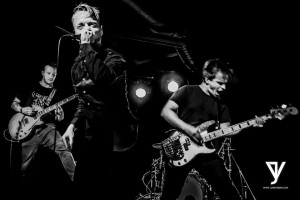 MM: So are you happy with these comparisons or would you prefer others?
Christopher: People will always compare one band to another, since it is a convenient way to describe styles of music. We are more or less indifferent towards which bands we are being compared to, but we want to be recognized as something unique as well. Just as long as people don’t compare us to Stahlgewitter or something…

MM: What inspires the driving force behind the band?
Christopher: The passion for energetic music and the fear of being stuck in a loop consisting of sleep, eat, shit, work, work out, sleep, repeat…

MM: With so much diversity and widespread availability in music these days, is it a case of get involved and have fun, or try to create something a little different?
Christopher: The foundation of Man The Machetes is to do something we all love and get the music out there. We believe that if we continue to write music the way we feel is natural to us, it will automatically end up being unique and different in some aspects.

MM: So, what’s the plans in the immediate future for Man The Machetes?
Christopher: Release the album, put together gigs, and wreak havoc on a stage near you!

‘Av Nag’ is out now on Indie Recordings