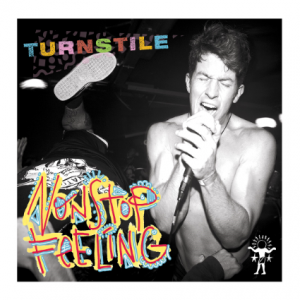 Another new song from Turnstile‘s forthcoming LP Nonstop Feeling has premiered today on Lambgoat.com! Listen to “Can’t Deny It” here.

Turnstile is currently out on the road supporting Madball on their Set It Off Tour. Additionally, the band recently announced two batches of U.S. tour dates in support of Nonstop Feeling: they’ll tour the East Coast from February 12th through 22nd with Superheaven, Fire & Ice and Freedom as support and following, Turnstile will cover the West Coast from February 27th through March 4th with Superheaven, Take Offense, Forced Order and Seasons Change. Check out the full tour routing below (including a European Tour in January) and check out this tour video sneak peek for a glimpse in the life of Turnstile on the road.

From the release of their 2010 demo to their 2011 Pressure to Succeed EP, Turnstile have walked a path all their own. A path that has quickly brought them a rabid following based off of their groove driven melodic energies and insane live shows. Having shared the stage with bands like Bane, Trapped Under Ice, Title Fight, Backtrack, and many more, Turnstile have continued to travel and grow. As many attendees to these events can attest, Turnstile is a group that when they play live, no one can sit still. The spirit of Turnstile’s music is constantly creating converts by their vital and overpowering live shows.