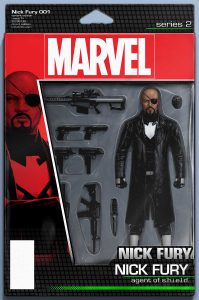 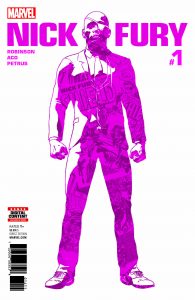 The world is a more dangerous place than ever. It needs dangerous men to keep it safe. That’s where he comes in. When you need a lone agent to infiltrate, capture, uncover or destroy – there’s no one better than Fury! Today, Marvel is pleased to present your new look at NICK FURY #1 – the all-new series bringing the high-octane spy action to your local comic shop on April 19th! Eisner Award-winning writer James Robinson (Scarlet Witch, Cable) joins visionary artist ACO (Squadron Supreme) for a high-octane spy-thriller full of action and dripping with style! 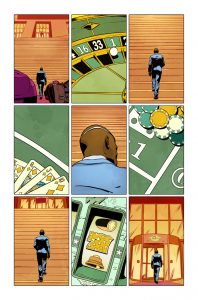 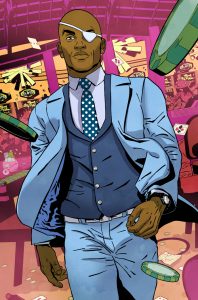 Whether it’s aboard a speeding train, in the underwater city of Atlantis or even the surface of the moon – Fury gets the job done! His first mission? A trip to the beautiful French Riviera! Only this is no vacation. Amid the bright casino lights and beautiful picturesque vistas, there’s something foul at play. Every issue: New mission. High-tech weapons. Higher stakes espionage. Non-stop action.  He’ll dare any danger. He’ll fight any foe. He is…Nick Fury! And he’s exploding into comic shops everywhere in the can’t-miss NICK FURY #1 – on-sale April 19th! 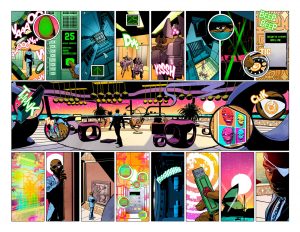 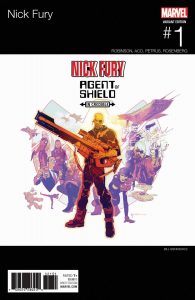