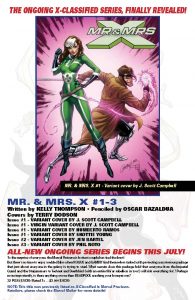 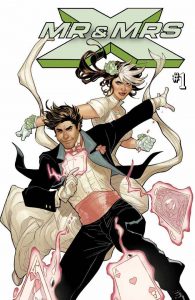 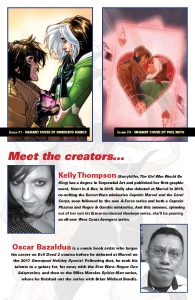 It was the wedding of the century, but not the wedding anyone expected – and it all culminated in Marvel’s most shocking twist in comics in years! For months, fans waited, ready to read about the fateful day that Kitty Pryde would finally wed Colossus…only to find out that the much-hyped-about wedding simply wasn’t meant to be!

But for another longtime couple, it was… 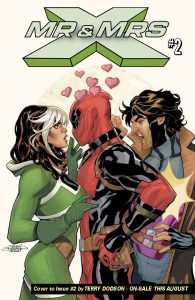 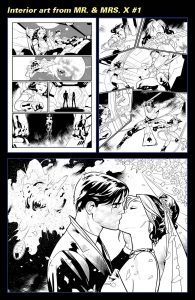 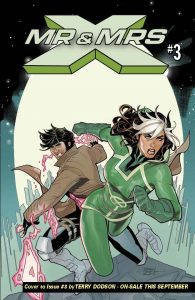 We won’t spoil X-MEN GOLD #30 and tell you the couple who said “I do” – go to your local comic shop today to pick up a copy of the issue everyone will be talking about, and see the surprise for yourself! Then, this July, join Kelly Thompson (Hawkeye, Rogue and Gambit) and Oscar Bazaldua (Spider-Man, Star Wars: Rogue One) for MR. AND MRS. X, a new ongoing series that takes the X-team on some of the greatest superhero exploits known to husband and wife!

Don’t miss the fan-favorite mutants as they embark on new adventures – MR. AND MRS. X starts this July!