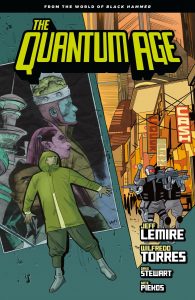 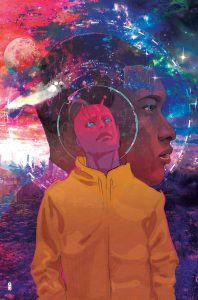 In the world of the Eisner Award-winning Black Hammer series—but a thousand years in the future—a collection of superheroes, inspired by the legendary heroes of Black Hammer Farm, must band together to save the planet from an authoritarian regime. The Quantum Age follows a young Martian as he works to reform The Quantum League to save the world, while also solving the riddle of what happened to the great heroes of the twentieth century. Black Hammer fans can sneak a peek of The Quantum Age heroes in Dark Horse’s 2018 Free Comic Book Day Gold Offering months before the new series is set to launch!

The Quantum Age: From the World of Black Hammer #1 goes on sale July 4, 2018, and is available for preorder at your local comic shop. Fans can also pick up Black Hammer: Age of Doom #1 at comic shops on April 18, 2018!