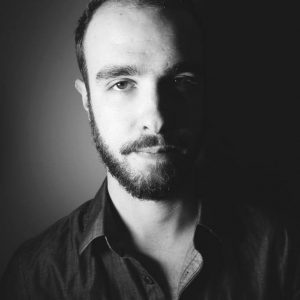 While this story begins with me being diagnosed with cancer, that is not the one thing that changed my life forever… rather, it lead me to the one thing that did. While I won’t deny that being told I had stage 3 Hodgkin’s Lymphoma at the age of 20 completely turned my world on its head, that story has been told a million times over by all sorts of people, and it’s not the one I want to share with you. What I discovered on my road to recovery was the art of lucid dreaming, and that opened some doors for me that I hadn’t even known existed.

If you’ve ever met someone who has gone through chemotherapy, you will know firsthand how exhausting the experience can be. It takes an immense toll on your body, and sleep often becomes the only escape from the nausea and pain, voluntarily or no. As a result, I took it upon myself to be a little more… involved with my sleeping, seeing as I was spending the majority of my time doing it. I had mistakenly found myself lucid in a dream once or twice growing up, but I had never tried to actively engage in the activity, nor had I truly understood the nuances of doing it properly.

I’ll skip the details here to move the story along, but within time I was able to not only become lucid in my dreams quite regularly, I also began to get really good at flying in them. As crazy as that may sound, it’s actually a very common activity for lucid dreamers, or at least that’s what my research had indicated. I also became intrigued with speaking with individuals in my dreams, be they reflections of my waking-world friends and family or total strangers. While some of these conversations were insightful (or hilarious), across the board the individual would all but laugh in my face when I told them they were in my dream.

That was, until, I met a stranger one evening who changed my perspective forever. I recall flying down to this man, who was walking along a darkened city street illuminated only by street lights. As I approached him, he turned to me rather confusedly, as if he had never seen a flying man before. I excitedly exclaimed, as I had to many before him, that he was in my dream and that I wanted to know what he thought about that! With his same confused look, which to this day I can recall, he said to me: “I’m not in your dream… you are in my dream.”

This basically broke me as a human being. If the people we see in our dreams are apparitions conjured by our subconscious, then how could this man be so self-aware? It was the kind of moment that the longer I thought about it, the less sense it made. It’s something that stuck with me, and my forays into the dream realm became the muse for much of my creative work (the first metal band I ever played in was named Lucidium, and it was a post-cancer project). When words fail to illustrate what I want to tell, I turn to melody and rhythm to articulate.

While musically Illyrian is not about exploring the depths of one’s mind, to me there will always be an element of the unknown that music captures – but it doesn’t always need to be so serious and thought-provoking either. Sometimes it’s just fun to write a song about slaying vampires, ya know? Escapism takes many forms, and I take the serious ones with the silly all the same.

Illyrian would like you to know there are not one, but two songs about slaying vampires on their upcoming album, Round 2: Fight! Jeff Perry has been performing as a live and session musician in the Canadian music scene for just over half a decade, and has been Illyrian’s full-time low-end warrior on the bass guitar for a little over a year of that.