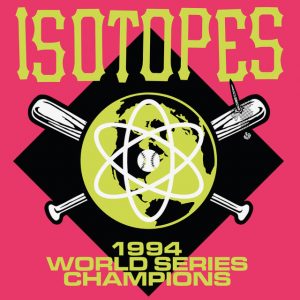 Look, any punk band who are obsessed with baseball are more than alright in my book; and our mutual infatuation is gonna make me want to drop whatever it is I’m doing, put their records on and crank the volume right up, because you know, along with Ice Hockey and Professional Wrestling, baseball is one of the goddamn sports of the Gods. And when the band in question sounds like the Ramones, Teenage Bottle Rocket and The Hanson Brothers (like the Isotopes do) it’s the punk rock equivalent of watching Ken Griffey Jnr hit a home run. It’s pure fucking magic. Short, sharp and catchier than Yogi Berra on his catchiest day, 1994 World Series Champions rules. And that kids is all she wrote. Swing batter, batter swing… Tim Cundle