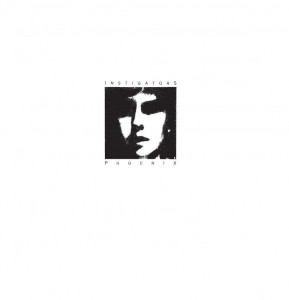 If this reissue is not high up on the “wants” lists of fans of the melodic hardcore sound then it should be! The Instigators had more of a US hardcore influence that a lot of other UK bands of the time, and as a result they did gather a good international following as they toured well beyond their own shores. The latter half of this reissue is a prime example, with a well-recorded set from a gig in Berlin, Germany. Phoenix was their second studio album, and the first to feature “Tez” on vocals. I wasn’t following the band at that time, so cannot comment as to whether that move was appreciated or decried by their fans, but to these ears it is a logical continuation of their style. You can hear echoes of the UK anarcho/ peace-punk style, but there is a big US hardcore sound going on too, which is interesting – effectively Instigators were over here perfecting their style at the same time as bands like Dag Nasty, 7 Seconds or Government Issue were developing, making them all leaders not followers. The main divisive point I guess will have been the vocals, which are sung, but without being overly melodic which keeps this well clear of the pop punk sound that was developing at the same time. Overall a great addition to the UK punk/ hardcore library that Boss Tuneage is compiling for us! Tom Chapman