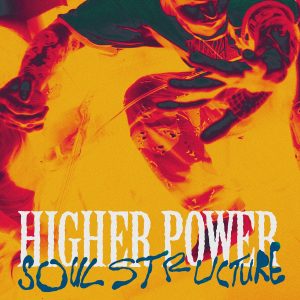 There are moments, rare, few and far between occasions, when the stars align and for the brief periods of time and Universal split seconds that those moments exist, anything and everything is possible. And the things that come into being during those junctures are destined not only for greatness, but also to pass into the annals of legend. Higher Power were born in the middle of one of those celestial instants, and the musical collision of early Shelter, Leeway, Burn and Underdog that courses through their groove laden Hardcore should see them propelled into the legions of the Scene Kings, there to dwell forever in the Halls of the brave where the hardest of the hard are remembered forever. Seriously kids, Soul Structure sounds like it emerged from the NYHC scene of the late eighties and early nineties and it’s almost as if it was a long lost classic from Hardcore history that’s finally re-appeared, kicking and screaming in order to fire pits up all over the world. Get your shit together, prepare for the rapture and pledge your allegiance to Higher Power… Tim Cundle