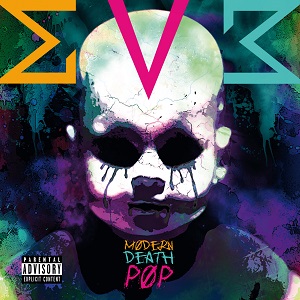 It can’t be a coincidence that it feels like these young Germans have written the soundtrack to the Suicide Squad sequel. The entire album oozes that same cartoon-esque vibe of colourful violence, bizarre fashion and pure insanity. It’s both sweeter and bloodier than Pink Lion and I would usually say it’s more mature, but this band seem to be doing things in reverse order as they’re locked in a downward spiral towards a total meltdown of anything even vaguely resembling sanity. These are the sort of lads who take baseball bats to a prom, who start mosh pits at a wedding and who wear corpse paint to your grandma’s birthday. Which, incidentally, will probably will be her last if they end up on the guest list. I can’t really say this new record is any better than their last, it’s just different. It could, however, use a bit more balance in the dance parts to make it stand out more among its more sober metal-core peers, but at the end of the day it all works and it’s all good. If you’re slightly, in a good way, mad that is…. Martijn Welzen