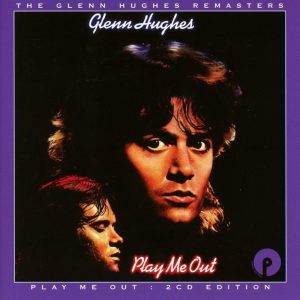 Dubbed The Voice of Rock, Mr Glenn Hughes, is a legend amongst all. This soul, funk, R&B, bass playing mofo has style, passion and incredible presence. Originally released in July 1977 (after his stint in Deep Purple) the fruits of Hughes’ post mega rock exploitation were expanded upon here, progressing the influences he brought to the three Purple records he recorded with a natural style and musicianship. With the help of former band members (Trapeze) and Pat Travers, the nine songs found here show the man himself stretching his wings and reaching for a much fuller sound. Deep harmonies, soulful bass grooves, and rhythms a porn director could only dream of see Play Me Out deliver a majestic take on mature music, and opening a gateway to a hugely successful solo career. One could argue that the contents sound a little dated, but that’s part of the attraction. It’s honest, open and unafraid of barriers. With a bonus disc of five tracks originally recorded for the follow up album, and then the inclusion of the disco era mini album Four On The Floor (originally released in 1979 – by Casablanca Records) this funk soul brother was hitting it hard. The accompanying booklet written by Malcolm Dome (Classic Rock Magazine) and including contents from new interviews with Glenn himself are the things all good re-releases are made of; for those the uninitiated it is a highly recommended path of exploration. Mark Freebase