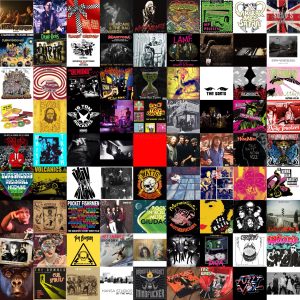 Mass Movement is pleased to announce that our resident sleaze scribe Ginge Knievil will be releasing a charity “Top of the Pops” CD this December based on his 2018 reviews and interviews. The limited physical release is set to feature the cream of underground punk, glam, garage rock and power pop from the U.K. and beyond.

It’s only May but some absolute gems have already been released so it’s sure to be ace! 100% of the profits will go to a mental health charity (T.B.A.) and in return you’ll get a kick ass rock ‘n’ roll compilation in time for Christmas. The full track list is scheduled to be announced on 1st November 2018 with pre-order details thereafter in time for a December release.

To keep up to date with the project, head to Ginge Knievil’s Top of the Pops 2018 here