Having cut his chops with those alternative chartbusters The Boys in the late 70s and early 80s, you’ll now find Duncan Reid producing punky power pop gems with the Big Heads. Mass Movement’s Ginge Knievil had a “Backstage Pass” to take a “Tumble with…” the legendary four stringer. See what we did there? Bombs away!

MM: Hey, Duncan. How do we find you today?

DR: I am superb. The sun is out and all is good in the world.

MM: You’ve just came back from a tour of South America. How’d that go? I mean, Nick [Big Heads’ guitarist] broke his ankle just before you set off!

MM: Speaking of South America, you’ve been given the keys to the capital of Uruguay. So that’s just yourself, Elton John and Paul McCartney. How on earth did that come about?!

DR: Montevideo is a great city but it’s very quiet. Every day is like Sunday afternoon! But there’s one bar called Clash City Rockers which I practically lived in when I went there with The Boys. So I wrote a song about how they are always partying and getting drunk in Montevideo. The government were so pleased they gave me a medal! I had to collect it at a ceremony in the parliament the day after another all night session in the Clash Bar when I toured there later with TV Smith. I had a thumping hangover and had to give a speech in Spanish. Got away with it though!

MM: No sooner were you back on British soil and a tour of Sweden followed and there’s an East Coast tour of the USA happening. There’s no slowing this band down, eh?

DR: We are always on the go. Sweden was brilliant. We played a bar in Stockholm called Akkurat which has 300 beers. Most of them are Swedish. I had no idea Swedish craft beer was so good. I was bought one beer which was delicious but I didn’t know it was 8% alcohol. I did afterwards!

MM: And to top off all the jet-setting, you’ll be making your Welsh debut here in Wales at the Dolls House in sunny Abertillery in August. I guess that’s a homecoming of sorts for Sophie and Karen [Big Heads’ guitarist and drummer, respectively].

DR: [laughs] Yes, our first show in Wales and we are really looking forward to it. Sophie is from Newport. Not sure which part Karen is from but they both always have their red shirts on for the football and rugby.

MM: Bombs Away was released this time last year and received an Album of the Year nomination from Vive Le Rock. Any plans to follow up that LP in the near future?

DR: I’ve written 12 songs for the new album which are great. I need to write about another 5 so that, after discarding a few, we have 13 or 14 real humdingers. My guess is we’ll start recording later this year or early next. We are so busy that finding time to write is always a problem.

MM: Are The Big Heads playing Rebellion Festival this year? I spied that The Boys are doing an acoustic turn. Could fans witness a hook-up with your old bands mates?

DR: We played Rebellion last year but not this. I don’t think they like to have us and The Boys on in the same year. Hopefully we’ll be on next year. I certainly hope so but they need to ask us quite early on as we have offers from other festivals. We’ll hold that time open for them as long as we can, though, as it’s such a great festival and we go down so well there.

MM: With the Big Heads’ blend of punk and power pop, off the top of your head, who are your top five bands within that catchy genre?

MM: Right, on to the serious stuff… what’s the secret to Kid Reid’s boyish good looks some 40 years after The Boys’ debut album? C’mon, spill the beans!

MM: Thank you ever so much for chatting with Mass Movement, Duncan. It’s really appreciated. The final words are all yours. Plug, rant, rave, whatever… GO!

DR: Let’s all head to Abertillery! 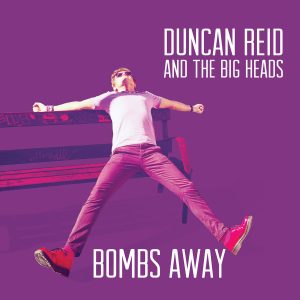 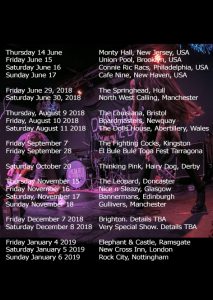 For all things Duncan Reid, get your Big Head fix here