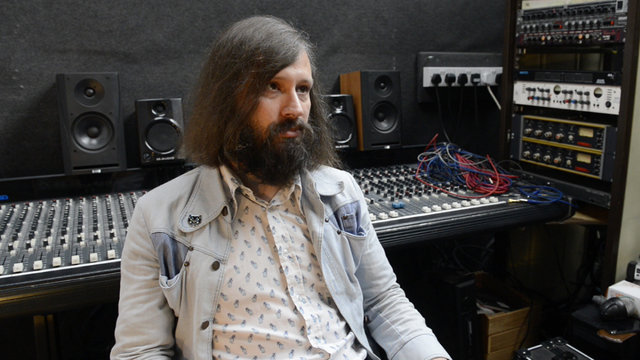 GENTLEMANS PISTOLS’ JAMES ATKINSON DISCUSSES THE NEW TRACKS ON ‘HUSTLER’S ROW’ + UK TOUR ANNOUNCED SUPPORTING ORANGE GOBLIN!
It has been four years in the making but for fans of retro-infused melodic groovers GENTLEMANS PISTOLS, the wait is now over! The band release their new album ‘Hustler’s Row’ last week and in celebration of the new release, we spoke to main man James Atkinson and asked him to talk us through each of the tracks and how they came about. Watch James discussing ‘Stress And Confusion’, ‘Personal Fantasy Wonderland’ and ‘Lady Teaser’,

Order the band’s new album on vinyl or CD from Recordstore.co.uk to receive a hand signed insert with your order: http://bit.ly/GentsSigned

Hot on the heels of the release of their new album ‘Hustler’s Row’, the band have announced they’ll be joining British Stoner Rock Lords Orange Goblin on their 20th anniversary UK Tour.

Frontman James Atkinson states: “We are very pleased to be heading out on the road with our good friends Orange Goblin in December. Should be a very exciting tour with lots of drinking and shenanigans!”

Tickets are available now from the following link: http://myticket.co.uk/artists/orange-goblin

GENTLEMANS PISTOLS have been causing a stir on the underground for a while now with their debauched lyrics, killer melodies and general Northern rock ‘n’ roll bravado. Speaking about the new release, James Atkinson comments: “With this album, we tried to make a record that we would want to listen to; one that was heavy but melodic, intense but catchy, thoughtful but unruly. A record for reprobates and romantics, for gentlemen and hustlers.ˮ

The track list for ‘Hustler’s Row’ racks up as follows:

Limited Edition Gatefold Vinyl
Side A
1. The Searcher
2. Devil’s Advocate On Call
3. Time Wasters
4. Private Rendezvous
5. Stress And Confusion
Side B
1. Personal Fantasy Wonderland
2. Lady Teaser
3. Dazzle Drizzler
4. Coz Of You
5. Hustler’s Row

Order the album in a variety of formats: http://nblast.de/GPHustlersRow

The artwork for the new album was created by Leeds based John Pearson Illustration:
“The artwork encapsulates everything I put across in the title track, that Hustler’s Row is a place for freaks, losers, lovers and those searching for something more from life. So we invite you to join us on the Row…” – James Atkinson.

The band recently premiered their A-Team style video for the track ‘Devil’s Advocate On Call’. The video features This Is England’s Banjo aka George Newton and can be seen here:

Gents commented on the new track and video: “It’s a harmony laden boogie about being disillusioned. The performance was shot at Staincross Working Man’s Club just outside of Barnsley and then the other scenes were done in the surrounding area. David Pickering directed the video and did a fantastic job. It’s basically an updated take on the Sweeney and programs of that ilk in which we are wanted, much like the A-Team, for a crime that we didn’t commit.“