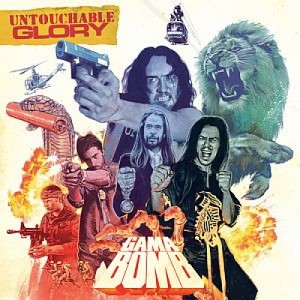 Gama Bomb – Untouchable Glory (AFM) 30­10
There aren’t many bands who can say their fifth album is by far their best. It’s at this point in most band’s discography the youthful energy gives way to maturity, something which doesn’t always work. This Irish band cannot be accused of maturity, at least not where lyrics and imagery are concerned and luckily I hasten to add. But on the other hand, musically they have again made a tremendous step forward. Blending crushing Overkill, with Dragonforce hooks, and speed, basing everything on old school British heavy metal. Crossover, not unlike Municipal Waste or Dr Living Dead, gives them that insane twist. All in all ‘Untouchable Glory’ is quite an original release, even though it’s thrash through and through. I already loved this band, but am still surprised by how good they have become. Martijn Welzen