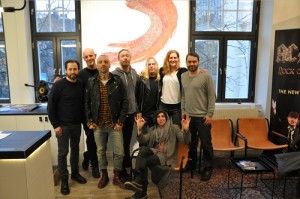 GAIN / Sony Music have signed Backyard Babies. The band is now making its big comeback and will release their new album in late August and the first single will be out in May.

“We are extremely happy and proud of our new partnership with Backyard Babies. We are confident that together we will lift the band to even greater heights around the world.”
/Markus Tagaris, Gain

“We are extremely pleased to continue our career together with Gain / Sony Music Sweden. It’s partly our history together, through the RCA, but above all it is the common love of real rock that makes this cooperation will become a success story. Here we go another 25 years, at least!” /Nicke Borg