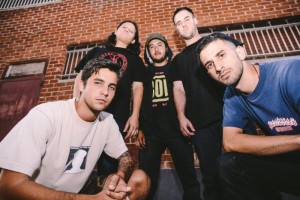 Groundbreaking and longstanding hardcore entity Revelation Records will issue FORCED ORDER‘s Vanished Crusade on CD and digital platforms on August 7th, with the vinyl version to follow shortly afterward. Stand by for preorders to be posted in the coming days.

In support of Vanished Crusade, FORCED ORDER will take part in the final day of this year’s massive This Is Hardcore in Philadelphia, set to perform on Sunday, July 26th alongside The Exploited, H20, Negative Approach, All Out War, Power Trip, Rival Mob, Slapshot, Twitching Tongues and more. Afterwards, a three-day, cross-country run sees the band playing in Arizona, Oklahoma and Virginia between August 1st and 5th where FORCED ORDER will join up with The Life & Death Tour. Featuring headliners, Terror, as well as Bane, Turnstile, Backtrack and Heavy Chains, the tour begins in Rochester, New York on August 6th and runs a clockwise stampede ending August 31st in Amityville, New York, with twenty-six cites on the itinerary.