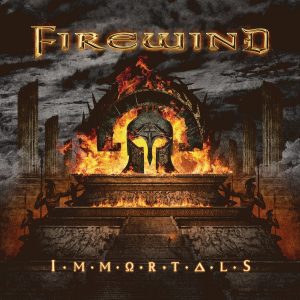 Do I really need to point out that this is Ozzy guitarist Gus G’s other band? And that this is their eighth studio album? If melodic power metal is your thing, then the frantic fretwork of the aforementioned virtuoso will leave you frothing at the mouth. Heavy metal with a capital H – abundant rhythmic power, huge choruses, and slick guitar work are the main ingredients of the Firewind sound. And the precision, speed, and technicality don’t over shadow their anthemic songs, which touch on the subjects of Greek mythology and war and also include the obligatory fascination with the opposite sex, the latter featuring most notably in Lady Of 1000 Sorrows. Firewind’s sound is massive, and festivals around the world don’t just need them. They want them…  Mark Freebase