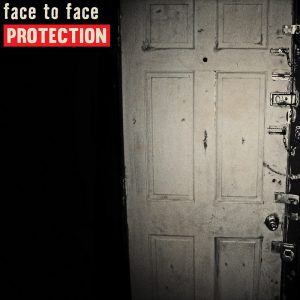 I read somewhere that this was something of a “back to the roots” album for Face to Face. Back on Fat Wreck for the first time in 20 years or so and with a sound that harks back to the earlier days. Well I’d only agree with the first part of that statement – yes this record is back on Fat Wreck. But this album simply builds on the sound that Face to Face have been working on solidly, especially since their return from a near decade-long hiatus in 2008. Trevor Keith’s vocal style makes the band instantly recognisable and he is on top of his game here throughout. There are countless bands that bang out the melodic punk style, but Trevor has always managed to look beyond the obvious and dig out incredibly catchy melodies that can be introspective the one minute and uplifting the next. Just check out “Fourteen Fifty-Nine” for a perfect example of this, or “It Almost All Went Wrong” and it’s huge chorus. The music works in harmony with the vocals, dropping in lead guitar lines and some impressive bass-runs when they are called for. I’ve always been a fan of Face to Face and in fact recently dusted off their debut album “Don’t Turn Away” for a few spins. “Protection” obviously doesn’t sound like a part two of that record, but is a logical progression from the sound that they started banging out almost 25 years ago. Tom Chapman