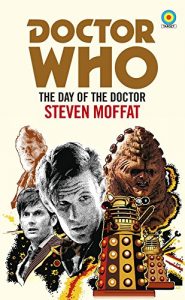 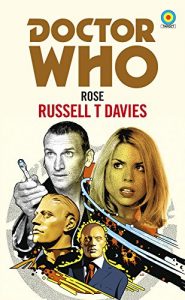 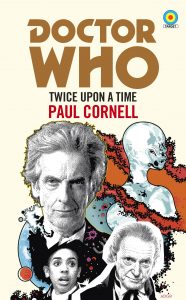 This may sound like the stuff of dystopian nightmares, but there was a time before Netflix, before on-demand streaming, catch up TV, YouTube and Amazon Prime.  A time before DVDs, before Blockbuster Video (RIP), and a time, if you can even begin to imagine it, before VHS, when you had to watch Doctor Who at a specific time and on a specific date, and once you had watched it, you couldn’t be certain that you would ever be able to see it again.

Can you imagine such barbaric times? Can you?

In those dark days (let’s call them ‘the Seventies’), unless you were gifted with Eidetic memory the only way to relive and ‘re-watch’ the highlight of every Saturday teatime / your life was to get hold of a copy of the official Target novelisation. Hell, if you are a Patrick Troughton fan, these are still the only way you can experience many Second Doctor adventures. Written by Doctor Who luminaries such as Malcolm Hulke, Terrence Dicks and Barry Letts, with cover art famously created by fantasy artist Chris Achilleos, these precursors to the age of downloading and on-demanding were a much loved and staple part of life as a Doctor Who fan.

So now, after thirteen bloody years, we have Target novelisations for the Nu-Who generation. But hang on –  it can be argued that there is no need for such a thing, precisely because we have Netflix, and on-demand streaming, and yes, we can now watch Peter Capaldi waggle a spoon at Robin Hood on our phones on the bus.  So if it’s a lazy boxset binge you’re after in front of the telly, these books are not for you, and I say good day Sir. I said GOOD DAY!

If you’re still reading, and if you are familiar with the Target stable, then you’ll appreciate that cracking open a new Target novelisation doesn’t just kick-start a frame-by-frame recap of what you watched the other night. Immerse yourself in one of these and leave the safety of being a member of the audience. Read these stories and be part of the action, a silent observer of events. Because these aren’t slavish recreations of what we’ve already seen on screen. Oh no: these are love letters to three of the most pivotal stories of Nu-Who: first episode Rose, fiftieth anniversary story  The Day of the Doctor, and Capaldi swan-song (and second multi-Doctor story of the set), Twice upon a Time.

As with the original series of Target novelisations, each volume rewards the reader with a little more depth regarding concepts that may have been ‘brushed over’ on television. So, in Rose, we learn that our titular character is unfulfilled by her dead-end job (something made very clear in the televised version), but we also find out that the only thing keeping her going are the words from some lanky, drunk bloke she ran into on New Year’s Eve who told her that this was going to be ‘her year’. The prologue to The Day of the Doctor starts with a neatly written recount of The Night of the Doctor, providing continuity and context to the rest of the story (and making us miss Paul McGann more than ever). And finally, in Twice upon a Time, not only do we get into the head of Bill Potts and find out a little more about what makes her tick, but we also get to meet the freshly-regenerated Thirteenth Doctor, with her ‘blond hair, astonished eyes and…pleasing, goofy grin.’ Brilliant!

So yes; while these are lovingly written throwbacks to a time before we were able to watch what we want when and where we want, they are also bloody good stories in their own right. And while they may be aimed at a younger audience, they’re perfect for us elderlies too, and can be quickly devoured on dull journeys to work, dull afternoons AT work and those dull, wet, cold afternoons when we are forced to stay indoors at the weekend. What’s not to love? Bex Ferriday