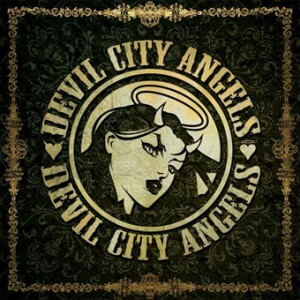 DEVIL CITY ANGELS today premiere the debut video for the track “Boneyard” from their self-titled album, scheduled for release September 11th through Century Media. The video was shot in Los Angeles and was directed by Marco De Molina. You can view the video HERE.

DEVIL CITY ANGELS, the band originally formed by Rikki Rockett (Poison), Tracii Guns (L.A Guns), Eric Brittingham (Cinderella), and vocalist Brandon Gibbs, has signed a worldwide deal with Century Media. Their debut self-titled album was produced by the band in Los Angeles and mixed in Nashville by Anthony Focx. Following the recording of the album, bass player Eric Brittingham decided not to continue with the project and his spot has been taken by Rudy Sarzo (Quiet Riot, Ozzy Osbourne, Whitesnake).