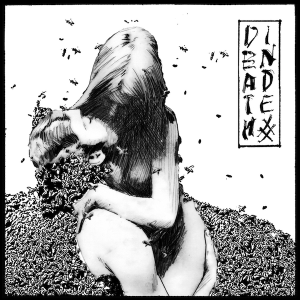 Death Index is a new project of Carson Cox (Merchandise, Neon Blud, Church Whip) and Marco Rapisarda (La Piovra, Sgurd, Archaic). Their debut album was conceived and recorded between Berlin, Tampa Bay, and Palermo, Italy.  Born in Sicily. Dead in America. Born again in Berlin. Songs about Death and Dying. Computer Death. Social Death. Animal Violence.
Death Index has yielded an album that has more in common with the primordial days of art punk than anything out there today. Roaring out of the gate with a feedback driven gallop, the album brings to mind the swagger of The Birthday Party and others. Simple synth lines and manic guitars swirl heavily throughout. Conjuring the experimental spirit of legends Suicide, while Carson’s infectious vocal croon serves as a melodious anchor through a multitude of unpredictable twists and turns.
Death Index debut album will be available ion February 26th, 2016 on Deathwish (vinyl later).
Look for Death Index on tour beginning in early 2016.
www.deathwishinc.com
www.deathindex.tumblr.com