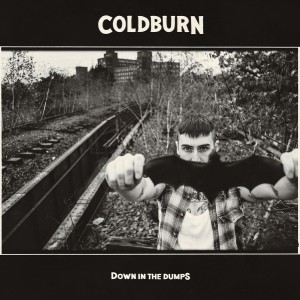 Coldburn – Down In The Dumps (BDHW / Soulfood)
I always thought that if you took a Terror­-sounding hardcore band and added a firm dose of metal to it, you’d wind up with a copy of Hatebreed. Apparently that’s not the case. German Coldburn are living proof of that. They are still a pure hardcore band, only louder than everybody else. It’s not metalcore per se, as you can feel that Terror / Madball thing they have going, but there’s also this mid 90s feel to it which came from bands like Day Of Suffering, Morning Again and to a lesser extent, at least in the case of Coldburn, Integrity. With ‘Down In The Dumps’ at first it felt like these youngsters had opened a can of riffs and screams and thrown them at the wall out of sheer frustration, but that’s not what happened. Every riff and drumbeat is a carefully planted explosive. This lands the band right in between a vast flock of influences, sounding like a lot of them, without copying either one. Martijn Welzen