Warning: preg_match() expects parameter 2 to be string, object given in /var/www/vip4/sites/vip6102689/httpd/htdocs/wp-includes/formatting.php on line 4866
 From The Heart – Leave It All Behind - Mass Movement
x
Spread the love 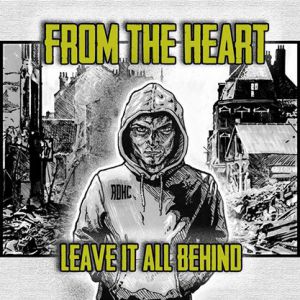 From The Heart – Leave It All Behind (WTF)
I wouldn’t go as far as saying hardcore was dead, but you all have to admit it had serious health-problems a few years a back. With hardcore I mean that pure, straight­-up version, heavily influenced by Sick Of It All, Madball and Agnostic Front. In Europe bands playing that style, like Ryker’s or Hard Resistance, are getting back in shape, which also leads to younger bands to follow in the footsteps of the legends. Dutch band From The Heart formed in 2012, but their sound definitely links in with the mid 90s when we saw a huge wave to great European bands, playing what was often called Eurocore. This release would have drowned back then, but now it’s rising proudly above the masses. Like the London Eye things go in circles and at the right time you’ll be at the very top. From The Heart have timed things perfectly and have what it takes to become an old school force to be reckoned with. Martijn Welzen

Music
One comment to “From The Heart – Leave It All Behind”