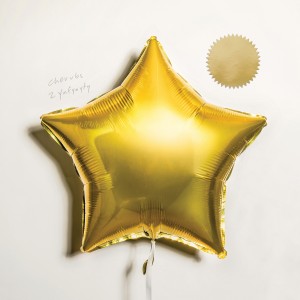 Austin, TX cult noise rock kings, Cherubs have released the details behind their first new recordings in over 20 years. Produced by Mike McCarthy (Spoon, ….And You Will Know Us By the Trail of Dead) and mastered by Howie Weinberg (Nirvana, Slayer) in the summer of 2014, the trio triumphantly returns with 2 Ynfynyty. Picking up where they left off while trekking down a few unexpected turns, 2 Ynfynyty finds the noise rock legends rejuvenated with a more dangerous sound then ever.

The album will be released digitally and on cassette on March 3rd followed by a limited edition vinyl release on March 17th via Brutal Panda Records. Physical pre-orders are available via this location with digital pre-orders available here.

Les Savvy Fav frontman Tim Harrington has released a video with his thoughts on the upcoming record which can be viewed HERE and includes the first clip of new Cherubs music.

Stay tuned for new music and more details around this monumental album release.

About Cherubs:
Formed in 1992 by Ed Hall, expatriate drummer Kevin Whitley (vocals/guitar), Owen McMahon (bass), and Brent Prager (drums), the Cherubs emerged on the Austin, TX, LSD punk scene with a jackhammer of nightmarish, rhythm-driven song structures and plenty of Butthole Surfers whimsy and terror to keep things more than interesting. Later that year, King Koffey of the Butthole Surfers released the band’s first album, Icing, on his Trance Syndicate label. Icing proved a strange concoction of repetitive, hypnotic beats, frosted with Kevin Whitley’s high-pitched howl. In 1993, the band issued the Carjack Fairy single, each of the thousand pressed sleeved in a different piece of wallpaper samples; an interesting concept, and one certainly not alien to the musical climate of Austin, TX. By the time the band’s magnum opus, Heroin Man, was issued in 1994, the Cherubs had called it quits, leaving a hell of an album in its wake, one of the most distorted, red-lined, oddball noise rock records ever made. Two years later, Trance released Short of Popular, a collection of singles, odds and ends, and outtakes from previous sessions.

Fast forward 20 years later and the band has reformed with more energy and songwriting acumen then ever. 2 Ynfynyty is poised to be the band’s defining statement and is sure to give old fans and new fans alike the ultimate noise rock fix.