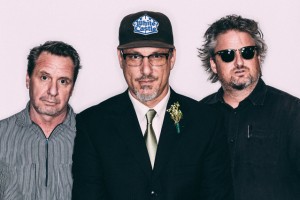 Stream “Crashing The Ride” via Soundcloud

Austin, TX cult noise rock kings, Cherubs have premiered their first new song in over 20 years. The track “Crashing My Ride” is taken from their highly anticipated new LP 2 Ynfynyty and can be heard via Noisey.

Produced by Mike McCarthy (Spoon, ….And You Will Know Us By the Trail of Dead) and mastered by Howie Weinberg (Nirvana, Slayer) in the summer of 2014, 2 Ynfynyty marks the triumphant return of Cherubs. Picking up where they left off while trekking down a few unexpected turns, 2 Ynfynyty finds the noise rock legends rejuvenated with a more dangerous sound then ever.

The album will be released digitally and on cassette on March 3rd followed by a limited edition vinyl release on March 17th via Brutal Panda Records. Physical pre-orders are available via this location with digital pre-orders available here.

Additionally, Les Savvy Fav frontman Tim Harrington has released a video with his thoughts on the upcoming record which can be viewed here and includes an additional clip of new Cherubs music.

Stay tuned for more new music and details about Cherubs.