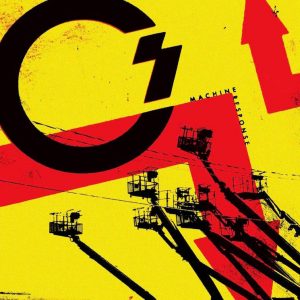 Ten years or so since their last album and a year or so since a teaser single, Career Suicide have done their best to make sure that this new album is much anticipated. Despite a long gap in their “career”, not a lot has changed for these Canadians. The microphone still drips spit and snot, the guitars thrash with have the treble pushed to the fore, the drums bash away in the background and the bass provides the underlying low-end throb. Their take on hardcore punk encompasses a variety of influences, from 77 UK punk to the sounds that were being created in LA and DC around 1980, occasionally adding some noise rock into the mix. Borderline chaotic and sometimes threatening to collapse into itself, but always pulling back from the brink with some slick guitar lines or a change of pace. As I’ve found with previous Career Suicide releases, this works very well as a complete piece of work – you simply stick the record on and allow your senses to be assaulted by the beautiful noise. Tom Chapman

Blasting out of the blocks, Toronto’s Career Suicide’s long-time coming second full-lengther unsurprisingly brings to mind early Fucked Up, being as they both have Jonah Falco in their ranks, albeit he wields a guitar instead of drumsticks for CS. It’s an absolutely raging record and regardless of better known associations stands tall on its own merits.  Hell, given some of the bewildering directions Fucked Up have taken recently I’d be spinning this disc in preference any day.  Blessed with plenty of pace and crunch, bags of melodic guitar breaks and the angst ridden vocals of Martin Farkas this is a whirlwind of primetime USHC with that inimitable Canuck twist. With only six of the eleven songs breaking the two-minute barrier this is a pretty frantic record and before you know it you’ve hit repeat for another ride. Blistering stuff Darrel Sutton