The Cavern, The 100 Club, The Hacienda and CBGB’s… every town has an iconic place for an immersive subculture of friends who were brought together by music. In Newport it was TJ’s. This venue etched its way into music history and became legendary. It would become synonymous with hosting great worldwide musicians throughout the decades until its closure in 2010.

The influential array of local musicians, record stores, promoters and individuals were emerging. An energetic and fully-fledged self-supportive music scene emerged, appealing to many and involving positive minded people. This camaraderie and love developed into a world renowned music scene.

We saw the teddy boys in the 1950’s, flower power in the 1960’s and punk rock during the 1970’s, young people with diverse musical addictions attempted to indulge themselves with their passion for music and alternative lifestyles.

TJ’s was a venue in Newport that etched its way into music history and became legendary. It would become synonymous with hosting great worldwide musicians throughout the decades until its closure in 2010. 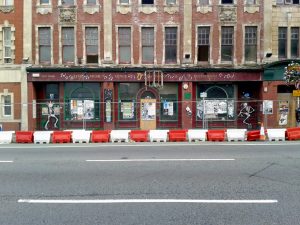 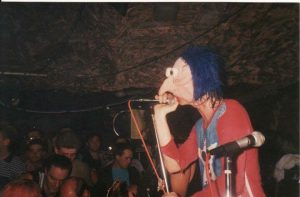 In the early 1980s during the socio-economic changes that were engulfing the population and set within the backdrop of civil unrest during the miners strike, Newport had a different sound emerging from within.

It was no longer the sounds of existing industry or of the bustle of a thriving shipping port or the steelworks that echoed young peoples drab existence.

A full-fledged self-supportive music scene was founded by a collective of positive minded people, born from the origins of a small record stall in Newport provisions market. These people had the attitude of promoting shows for the people, bringing the town together all through a mutual love of music.

TJ’s would go on to became the alternative venue in the 1980’s to the working men’s clubs, discotheques and youth clubs that hosted live music in Newport up until then.

Many internationally recognised artists and bands were attracted to this scene making regular appearances to the town. This story looks into the lives of this community who have devoted their life to this, documenting their friendships, the hardships and struggles, the excitement and joy of the good times overcoming adversity.

A scene that caught the attention of the New York Times, who described the vibrant scene and christened Newport at ‘The New Seattle’ (based on its music scene it threw out at the masses).

This was our scene. This is who were and are. Help fund The Rock of Newport and get involved.