Warning: preg_match() expects parameter 2 to be string, object given in /var/www/vip4/sites/vip6102689/httpd/htdocs/wp-includes/formatting.php on line 4866
 Call It Off releases brand-new song & video - Mass Movement
x
Spread the love 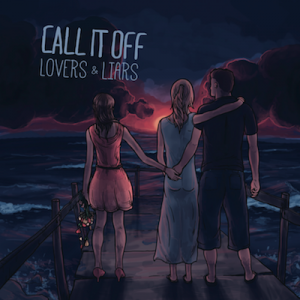 Forward Or Crazy New song and video released today.
Today Eindhoven’s pop punk formation Call It Off released a brand new video in anticipation of their upcoming full-length Lovers & Liars. The high energy song Forward Or Crazy is one of two previously unreleased songs featured on the new record Lovers & Liars that will be released on February 2nd.

The full-length is a combination of two previously released EPs that gained over 50,000 plays on Spotify in a year and spawned singles that racked up over 65,000 plays on YouTube. Apart from containing two brand-new songs, Lovers & Liars has been remastered in its entirety by the famous Troy Glessner (Neck Deep, Propagandhi, MxPx) making it a must-have for all. Lovers & Liars will be available digitally, as well as on CD and limited colored vinyl (including a digital download code and lyric sheet) through White Russian Records (NL) and I For Us Records (BE).

The Forward Or Crazy video is currently featured in a Facebook like & share competition to win tickets to see New Found Glory, Chunk! No, Captain Chunk! and Call It Off on December 2nd in Tivoli, Utrecht.

This show will include a one-time only ‘Lovers & Liars’ pre-sale! For more info go check out the Call It Off facebook page.

Lovers & Liars pre-orders will be available on December 10th via the White Russian Records webstore.