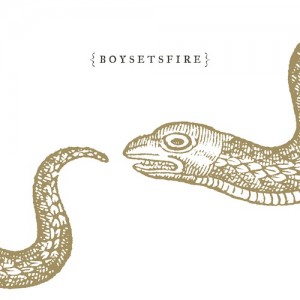 Boysetsfire – Boysetsfire (End Hits)
Boysetsfire has always been a band with two distinctive sides, the angry hardcore side and the melodic, melancholic side. Both are two sides of the same coin and we never able to exist without each other’s company, always enhancing the others characteristics. After the darker ‘While A Nation Sleeps ‘ (2013) it seems the band has felt the need to shed that slightly depressive side and put more power and positivity in their music which this world so desperately needs. A few anthemic songs are about giving power to the hopeless, shelter to the homeless, and the will to continue their journey to those who are currently in a dark tunnel without a light at the end. You have to understand however that Boysetfire is still as serious, sincere and above all rational as before. It’s not about giving (false) hope for the sake of it, but offering a heartfelt shoulder to the individuals who are either stuck in a personal hell of depression and addiction, or a proper inferno where bombs and terrorism are part of their daily routine. Martijn Welzen