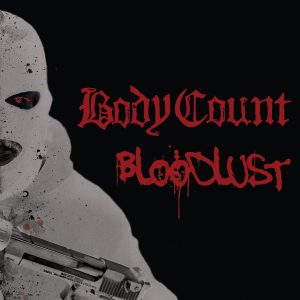 Oh Hell yeah.  Body Count’s back and they’re bigger, badder and better than ever.  I’ve got to admit, it took me a while to get into Ice-T’s metal crew – more than a decade if I’m honest; but after ten years of saying “I don’t get it” I had what some would call an epiphany and what others would refer to as a “light bulb” moment. Whatever it was, something went ping in my head and all of a sudden I got it, I understood what all the fuss was about and I became a convert to the Body Count cause.  Bloodlust is them doing what they do best. They don’t fuck around, they don’t mess about, they haven’t sold out, they’re not afraid to confront the world and all manner of social ills, problems and inequality head on and on Bloodlust they get straight to the point with their groove laden, heavy as the centre of a dwarf star, angrier than the angriest man on Earth on his angriest day, catchier than the clap in the cheapest massage parlour in town metal. Oh, and if a fully flavoured dose of Ice-T doing what he does best isn’t enough to make you repeatedly hit the Amazon and iTunes pre-order buttons, Bloodlust also includes an incendiary cover of Raining Blood / Postmortem that’d melt the nails right off of Kerry King’s favourite wristband. This right here, this is the good shit… Tim Cundle