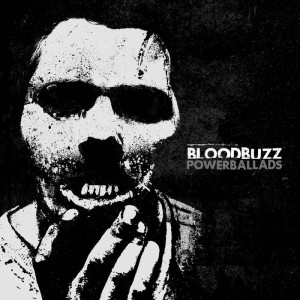 Bloodbuzz – Powerballads CD (Self Released)
This has been a good year for UKHC with some absolutely tremendous releases and gigs by the likes of The Flex, Violent Reaction, Arms Race, Violent Arrest , DiE, and newcomers such as Failed State. Joining this list of talent is Pompeii (that’s Plymouth not the Italian ruins for the hard of thinking) four piece Bloodbuzz who have self-released and distributed FOR FREE (yes you read that right) their 17 track CD album ‘Powerballads’. It’s no paean to Aerosmith or Foreigner though – this is aggressive, passionately executed hardcore with some well-placed samples and highly charged vocals. The band have included a proper lyric booklet cover to accompany the music so there’s no misunderstanding the rather dark lyrical matter such as on the outstanding and venomous ‘Sylvia Browne is Fucking Dead’. Excellent stuff and well worth checking out. Ian Pickens