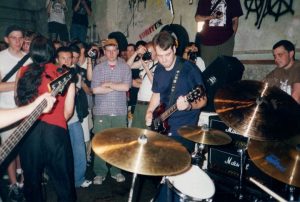 Magic Bullet Records prepares to plunder 2017 with a massive supply of brand new priority titles, as well as a list of killer reissues in celebration of the label’s 20th anniversary. The first releases of the year-long gala have been announced as the label prepares to officially re-unleash BLACK ARMY JACKET 222 album and Closed Casket compilation album on streaming and digital platforms.

New York City’s BLACK ARMY JACKET was one of the key players in the powerviolence movement of the 1990s. Featuring musicians that have played in such bands as Discordance Axis, Hope Collapse, Human Remains, Municipal Waste, and many more, BLACK ARMY JACKET specialized in a unique strain of grinding hardcore that was as memorable as it was relentless. 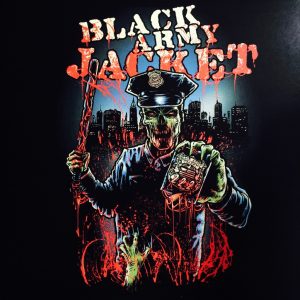 Notably, BLACK ARMY JACKET was one of the earliest bands in the playing career of drummer Dave Witte. Having done time in Human Remains and Discordance Axis (among others) leading into BLACK ARMY JACKET, Witte went on to play in many more notable bands within the genre and beyond, including Municipal Waste, Publicist UK, Brain Tentacles, and Burnt By The Sun. Guitarist Andrew Orlando was the figurehead behind Reservoir Records, a label of the same era that represented like-minded talent such as Spazz, Jesuit, C.R., and Noothgrush.

222 is the proper BLACK ARMY JACKET full-length, originally recorded and released in 1999. Here, all sixteen tracks have now been remixed and remastered from their original tapes for maximum eardrum indulgence and abuse. Additionally, two previously unheard bonus tracks recorded at the same time as the album are now included in the program 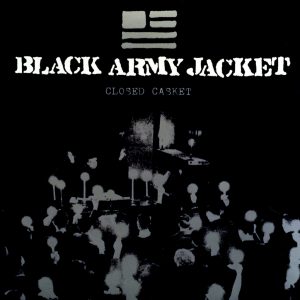 Closed Casket is a fifty-song effort in collecting BLACK ARMY JACKET’s various cassettes, 7”s, and splits in one convenient spot. The material included is culled from the band’s self-titled, self-released cassette (1996), split with Spazz (1997), split with Corrupted (1997), split with Noothgrush, (1997), and The Path Of Two Swords As One 7” (1998).