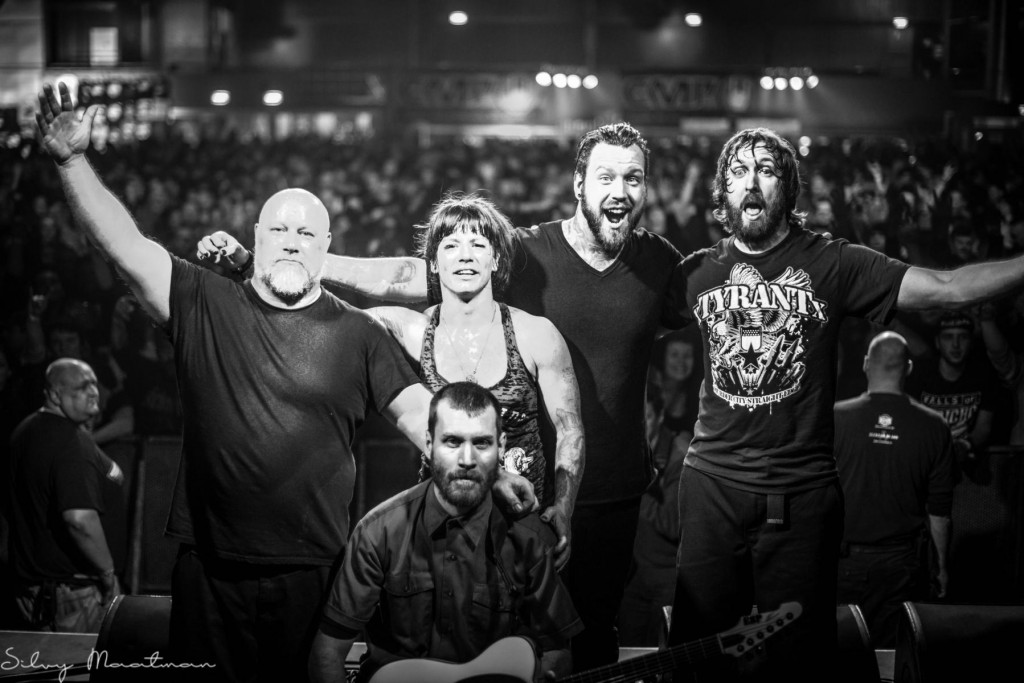 As Detroit, Michigan’s WALLS OF JERICHO prepares to enter the studio to record their Napalm Records debut and first album in over seven years, the band is asking for their fans to help be a part of the process. WALLS OF JERICHO are asking their fans to record themselves saying the phrase “I Am Relentless”. The band will then take these clips and make them part of an intro for a song on the new album. Please email the audio clips to woj.iamrelentless@gmail.com. They can be iPhone or Smart Phone voice recordings.

The song is attached to the Relentless Foundation. The mission of the Relentless Foundation, is to build relationships, change lives by uniting strong men and women with even stronger children.
The Relentless Detroit Foundation was created to raise money, awareness and support for local MI families with children diagnosed with life threatening illnesses.
The foundation raises the bulk of the money donated by hosting a yearly powerlifting meet. Power lifters from the United States and Canada come together for this event after spending months training and raising funds to support the families involved. This event is modeled after a powerlifting fundraiser that takes place annually in Minnesota.
Relentless Detroit and Relentless Minnesota work closely to support each other during both events.

Leading up to the Relentless Detroit powerlifting meet other fundraisers are coordinated by Relentless Detroit supporters. These events help cover operating costs associated with the meet, in addition to funds for the families. The events that take place outside of the two day powerlifting meet also facilitate relationships between the lifters, families and everyone involved.
Their goal is to not only raise money for these families, but also help strengthen and add to their existing support system.

Seemingly overnight, stylized bands playing strains of melodic hardcore have sailed up the pop charts. But for WALLS OF JERICHO things have played out a bit differently. During the scene’s ascension, the band’s members have all but shunned the idea of a genre tag or an “image” and have instead focused their energies on making music that will survive strictly on its musical merits.

Most bands in the world can be lumped into one category or another, they are shuffled, redefined, and in that way they begin to lose the qualities that could make them important or meaningful. The greatest bands, the most influential or memorable, are the ones who don’t try to fill the role set for them, who don’t pursue anything other than the desire to make music, and the need to express that art to an audience. From the start this has been the mind-set of WALLS OF JERICHO.