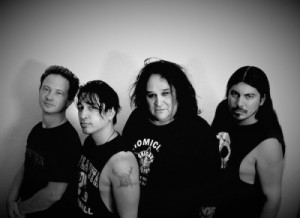 Led by surviving member George Anthony, the band has three furious brand new songs that kick ass just as effectively as their classics. The Battalion Of Saints 7″ will be released 30 October via Southern Lord.

Battalion Of Saints were a major catalyst in accelerating the transition from the already upbeat, adrenaline-charged punk of the early 1980s in to feral, snarling hardcore punk of the highest quality and intensity. Pounding distorted pace, live shows dripping with sweat and threat, and a gnarly attitude – Battalion Of Saints stand tall among bands from the era including the, Dead Kennedys, Crucifix, Minor Threat, Discharge as well as Southern Lord’s Poison Idea, The Offenders and Excel, remaining a crucial part of an immortal and ongoing legacy. 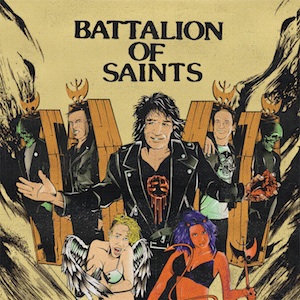 Battalion Of Saints will be available on limited edition 7” vinyl through Southern Lord on October 30th.

Battalion Of Saints will be one of the acts to embark on the Southern Lord West Coast Tour kicking off next week. With nine shows set to storm north from Los Angeles through Portland September 16th through 27th, the tour will see Battalion Of Saints joining now-labelmates Obliterations, Black Breath and Goatsnake.

The band has also stumbled upon hundreds of copies of their classic album Second Coming which shall be on sale at upcoming shows and further distributed via Southern Lord in the future. Additional widespread Battalion Of Saints tour plans are also forming so stay tuned for more news in the coming weeks.