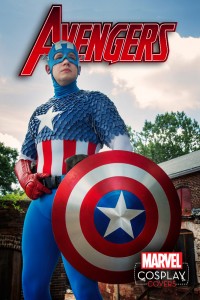 This October, Earth’s Mightiest Heroes are reforged, retooled and recharged for the All-New, All-Different Marvel Universe! But first, kickoff the all-new Avengers line of titles with AVENGERS #0 – featuring new stories setting the stage for six new ongoing series! Someone is watching, carefully studying the movements of the Avengers and those in their orbit. But are they friend, or foe?! Find out in this exciting launch issue featuring new stories of ALL-NEW, ALL-DIFFERENT AVENGERS, SQUADRON SUPREME, A-FORCE, NEW AVENGERS, ULTIMATES and UNCANNY AVENGERS. Featuring all-star talents from across the comic industry, be there for the genesis of Earth’s Mightiest Heroes for a new era in AVENGERS #0! Coming to comic shops and digital devices on October 7th!