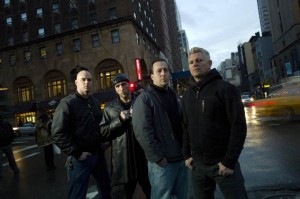 Legendary New York hardcore combo BIOHAZARD have announced their return to the UK this summer. The band will play 3 shows in Newcastle, Wolverhampton and London in July.

Last year BIOHAZARD confirmed their re-signing with Nuclear Blast, this time for a worldwide deal. They are currently preparing new material for their follow up to 2012’s ‘Reborn In Defiance’, which is scheduled for release later this year.

Order your copy of ‘Reborn In Defiance’ here.
facebook.com/BiohazardDFL
nuclearblast.de/biohazard