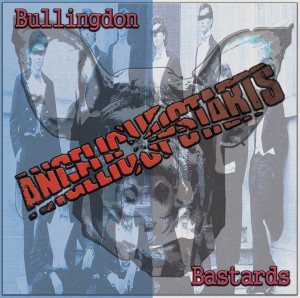 Ironically I have just reviewed a reissue of the collected works of Hex, an anarcho band from Sunderland from the early 80’s and now I have in my hands the brand new album of one of the oldest politically-driven punk institutions the North East has ever had. The Angelic Upstarts. Right from the opening  chords of “Tories Tories Tories (Out Out Out)” it is clear that Mensi and his gang have not mellowed with age. Their anti-fascist, anti-authority message is as hard and sharp as it ever was, and here they have written a cracking set of tunes to back the words up. It’s wrong to say that this “harks back to the old days”, as the rage is every present and gives a powerful background to the  energetic sound that is as relevant today as it ever was. Songs like “Man Of Straw” and “Don’t Give An Inch” are played with passion and style, in particular the later features some fantastic guitar work reminiscent of the late great Dickie Hammond, who was also a member of the Upstarts until recently. I don’t actually need to single any songs out as this works as a real collection of tunes without a weak number amongst them.  A limited edition first CD run also contains the six songs from their split with Crashed Out, which was recorded with Dickie playing, which is surely an added incentive in grabbing this version. Tom Chapman