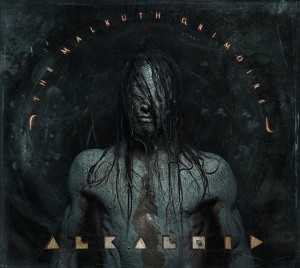 Germany’s most extreme progressive metal supergroup, ALKALOID have launched a crowdfunding campaign on Indiegogo.com to fund their highly anticipated debut album The Malkuth Grimoire. Consisting of a pedigree of extreme musicians, including current and former members of Necrophagist, Obscura, Spawn of Possession, Aborted, Dark Fortress, God Dethroned, Blotted Science and Noneuclid, ALKALOID set out to push the boundaries of progressive, extreme music on their full-length debut.

Their debut single “Carbon Phases” along with an album teaser can be heard HERE. A trailer for the crowdfunding campaign can be viewed HERE.

Besides CDs, downloads and T-Shirts, the band is offering perks which include personal items, equipment of current and previous recordings plus the offer to do session work for a contributor’s own project. The campaign is running for 60 days, in which the intended amount of 12,500 euros will be raised. Fan’s can contribute to the project HERE.

“Even though all of us have worked with record labels for years, we’re not going to work with a label this time. Labels just expect music that you can label! However, the music of Alkaloid is very diverse and sometimes radically new. We are music lovers ourselves and write music for other people who love music. And to keep it as simple as that, we’d like to connect with these people as directly as possible. Crowdfunding is the perfect instrument to do that.”

“One thing that has been clear since the beginning is that there will always be more than one element present. We define this band through the field of tension created between opposites. All of us are active death metal musicians who nevertheless all have a much broader view of music than blastbeats and growls. We can try to establish from the beginning that we have many faces, and that oscillating between (seemingly) contrary or mutually exclusive styles is a factor.”

About Alkaloid:
Alkaloid is a new band created by five good friends, who happen to be well-known musicians of the metal genre. Our intention is to go beyond any limit that metal music sub-genres might have these days and create the world’s most extreme Prog Metal band.

We define Alkaloid through the field of tension created between musical opposites. All of us are active death metal musicians who nevertheless all have a much broader view of music than blast beats and growls. We try to establish from the beginning that we have many faces, and that oscillating between (seemingly) contrary or mutually exclusive styles is an important factor.